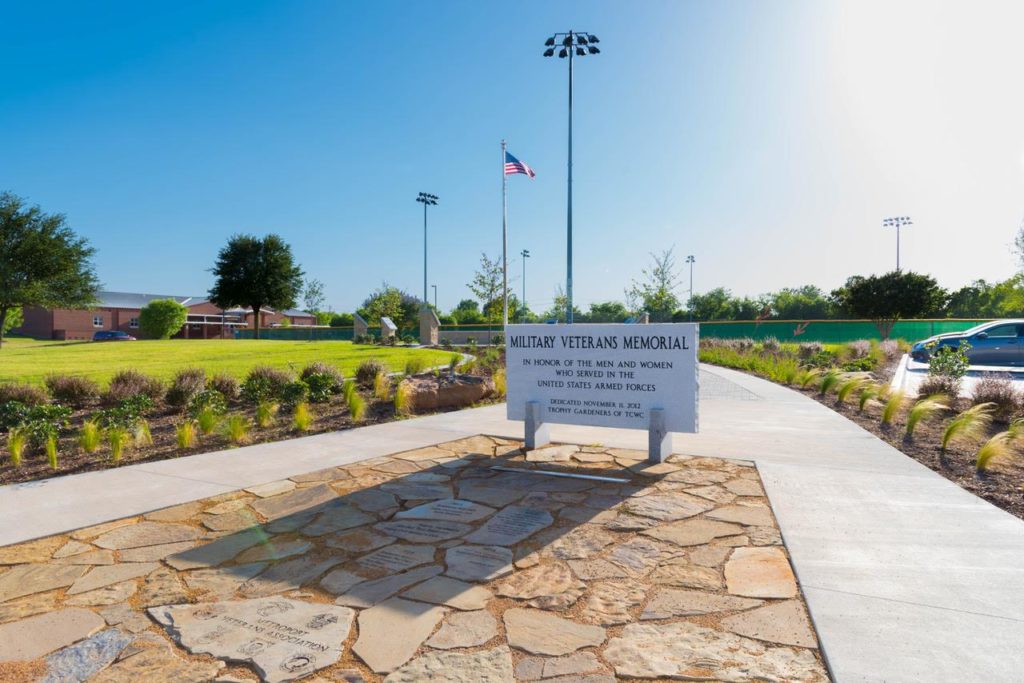 The Veteran’s Memorial features a landscaped area with benches, a pathway, and a flagpole.

It was soon after, the “second round” of engraved bricks project took place which were installed in the path between the American flag located in the Veterans Memorial and the sidewalk off Parkview Drive. Only this time, it was a collaborative effort between the Gallantfew organization and our Parks and Recreation Department. 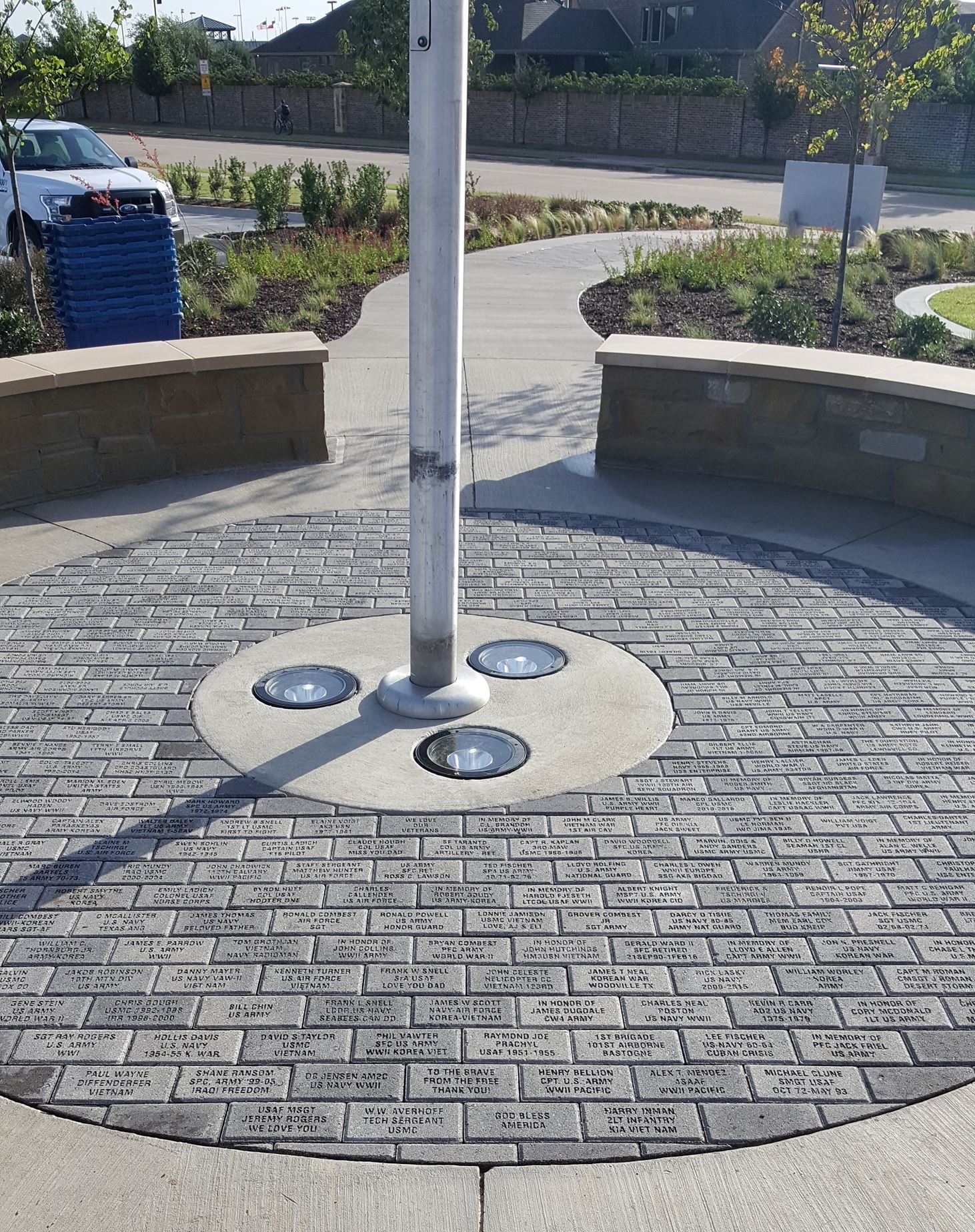 As we near the completion of the engraved project the Town of Trophy Club Parks and Recreation Department is proud to announce overseeing and completing the Veteran Memorial Entry Pathway project.

Due to the generosity of the Trophy Club Women’s Club Memorial Committee, who donated the bricks, the Town of Trophy Club is able to offer these Personalized Commemorative Bricks for only the cost of the engraving, which is $45.00 per brick. Once an order form is received, a confirmation email will be sent with a link for payment.

If you are interested in honoring a veteran by placing a brick in their/your honor, please fill out the Commemorative Brick Order Form and one of our team members will help you accomplish this honor!

Commemorative Bricks will be installed on a quarterly basis: March, June, September, and December. 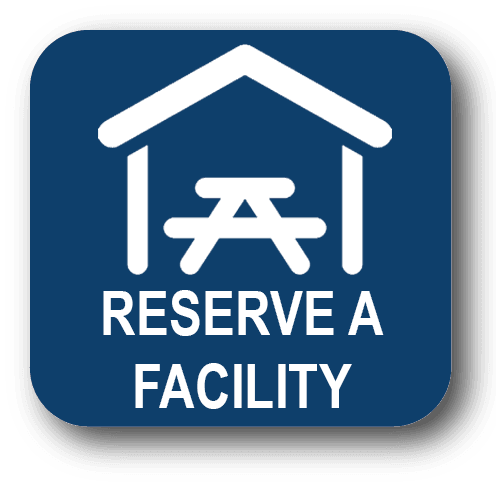