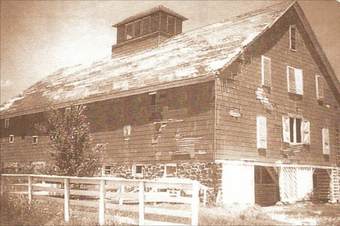 The history of Trophy Club dates back to 1847 when Charles and Matilda Medlin, along with twenty other families, left Missouri by wagon train to settle along Elizabeth (Denton) Creek in Elizabethtown, Texas (currently land across from Texas Motor Speedway). The Medlin’s were part of Peters Colony that settled in Texas with plans to acquire large tracts of land. Flooding issues around Elizabeth Creek pushed the families to move to higher ground, which became the area of present-day Trophy Club.

Charles and Matilda Medlin left a lasting impact on present-day Trophy Club with the Medlin Cemetery. The Medlin Cemetery is the burial site for the Medlin’s daughter, Mittie Ann Medlin, who died at age 21. The cemetery provides much of the history about the early settlers who resided in the area from inscriptions that were etched on the tombstones. View more history on the Medlin Cemetery.

Much of the early history of Trophy Club area comes from the Texas and Pacific Railroad, which ran through modern day Roanoke, Trophy Club, and Westlake to Fort Worth. The railroad provided growth to the region when it laid track through the area in 1881 in its push to construct the first southern transcontinental railroad line.

The vision for the Medlin Barn came from Charles and Matilda’s eldest son James Wilson Medlin. The Medlin Barn incorporated Pennsylvania Dutch architecture, which James Medlin very much liked after traveling to Pennsylvania in the 1870s to get ideas for his barn. The 15,000 square foot barn was built in the early 1870s and had three stories. On the first floor, there were twenty-four horse stalls, the second held rooms for grain storage, and the third floor was big enough for hay rolls and led to a loft and cupola. Texas historical accounts purport that notorious train robber Sam Bass stole a horse from the barn in 1878 after his horse grew too tired to continue. There are also rumors that notorious bank robbers Bonnie and Clyde stayed in the barn in around the time of Easter Day shootout in 1934. The Medlin Barn was dismantled after years of weathering led to the barn deemed structurally unsafe.

In 1973, Houston developers Johnson-Loggins approached the Westlake City Council about constructing a housing development around a first-class golf course. In 1975, Denton County Municipal Utility District (TC MUD 1) Number 1 was created to provide water and sewer services for the area. Johnson-Loggins sold the development to Gibraltar Savings and Loan in 1975 after two years of involvement with the project. In 1976, the first bonds were sold to pay for TC MUD 1.

In 1977, the real estate development consisted of an 18-hole golf course, community swimming pool, tennis courts, and a clubhouse. Ben Hogan withdrew his support after not receiving financing to build a two-story clubhouse facility, which was his vision from the start. Trophy Club’s namesake was derived from the notion that the country club would house Hogan’s PGA trophy collection. 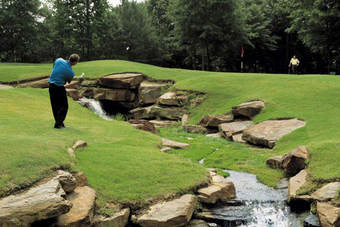 1980 marked the beginning of property owners taking over the Trophy Club Community Improvement Association (TCCIA), as well as the creation TC MUD 2 and TC MUD 3 to service the east and west side residents of Trophy Club with water and sewage.

During 1983 to 1985, residents disagreed with Independent America’s newly proposed master plan, which included multi-family housing, elimination of Ben Hogan Golf Course, 5% reduction in acres of development, and 36% increase in dwellings per acre. Citizens’ outrage over Independent America’s master plan led to the formation of Homeowners for Orderly Development (HFOD).

In 1985, Trophy Club residents elected Jim Carter as the first mayor of Trophy Club and under his leadership, the first Town Council began developing Trophy Club’s first comprehensive master plan. In 1988, the first bonds were sold to pay for TC MUD 2 and TC MUD 3.

During the 1990s, Trophy Club continued to grow in population as developer Jeff Beck began developing the towns remaining 1250 acres. In 1990, TC MUD 2 and TC MUD 3 were consolidated into one district called TC MUD 2, and the Northwest Independent School District Bond package was established, which included funds to build Beck Elementary School and Medlin Middle School.

In 1996, Trophy Club formed the EDC-4B, funded by Sales and Use Tax, to develop new commercial development and expand business enterprises. In 1998, Beck Elementary and Medlin Middle School opened. In 1999, Trophy Club and Westlake developed a joint Department of Public Safety, the Clock Tower was built, and Harmony Park officially opened.

The 2000s in Trophy Club were marked by building parks, opening Byron Nelson High School, initiating economic development, and establishing a master district to combine TC MUD 1 and TC MUD 2. Residential growth advanced through the creation of the Public Improvement District (PID), which enabled the town to begin developing the Highlands of Trophy Club.

From 2001 to 2002, Independence Park broke ground, Trophy Club Plaza Shopping Center opened, and Scott Smith was elected Mayor. In 2002, The Town of Trophy Club assumed control of 877 acres known as Marshall Creek Park, which included a boat dock and fishing area. The Trophy Club Town Council entered into a 25-year lease with the U.S. Army Corps of Engineers (USCOE) for use of Marshall Creek Park. The park was renamed Trophy Club Park in 2007. Additionally, 2002 marked the end of Trophy Club and Westlake’s joint Department of Public Safety agreement and TCCIA relinquished six acres and $350,000 to the town for the construction of a community pool. 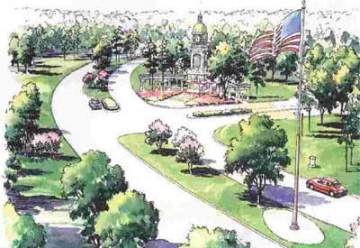 From 2003 to 2005, Independence Park, a 10-acre park with four baseball fields, tennis courts, and a playground opened along with the community pool. During this period, a Home Rule Charter was adopted with Council/Manager form of government and Nick Sanders was elected Mayor of Trophy Club.

In 2007, the Public Improvement District (PID) was formed to develop the Highlands of Trophy Club, which paved the way for the development of approximately 1400 new homes. In 2008, the Fire Station Bond Package was approved. In 2009, Connie White was elected Mayor and the Northwest Independent School District opened Byron Nelson High School, which allowed Trophy Club residents to complete kindergarten through twelfth-grade education within Trophy Club.