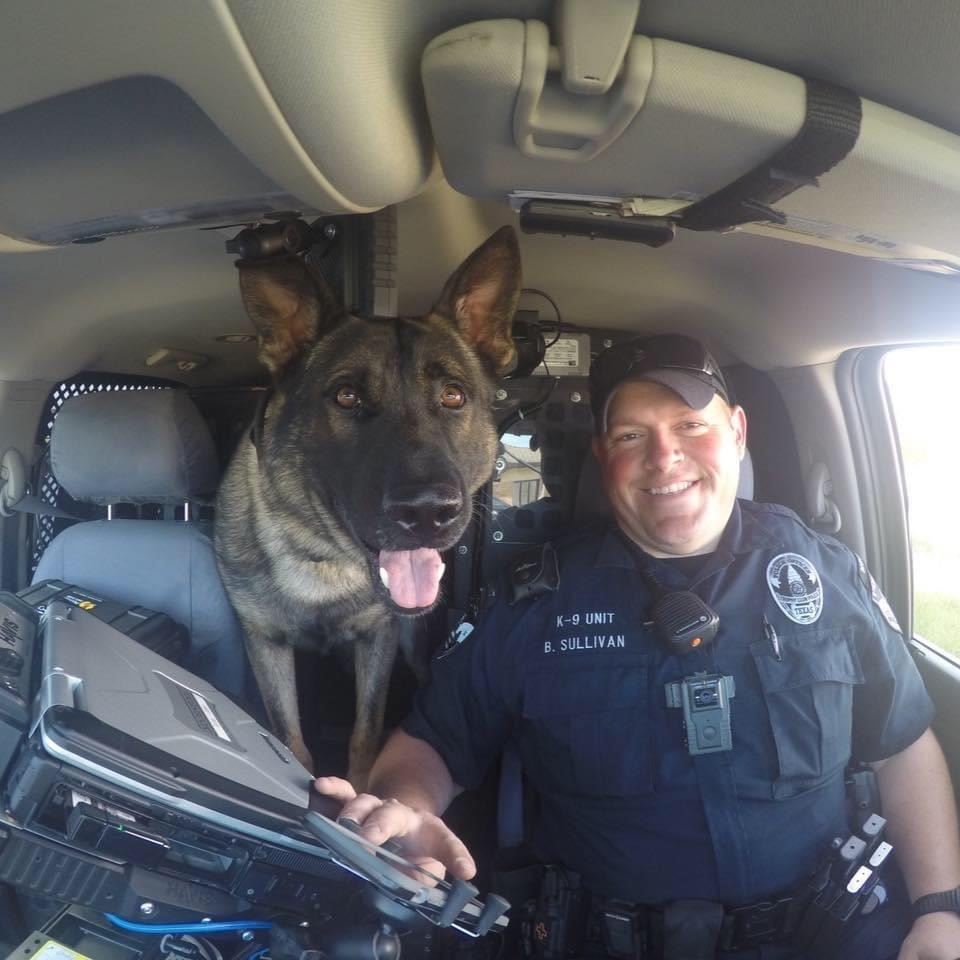 The Patrol Division is supervised by Captain Steve Woodard who has Patrol Sergeants and police officers.

The Patrol Division works 12-hour shifts and will normally be seen in our black and white patrol units. Patrol officers are on duty 24 hours a day, 7 days a week and are dispatched by the Denton County Sheriff’s Office.

The Trophy Club Police Department uses state of the art body and car cameras at all times. Each officer within the TCPD is issued a body camera, which he/she is required to wear upon any interaction with citizens. The body cameras are on at all times, but the officer turns on the record option during each exchange in order to have a record of exactly what occurred. If you have any more specific questions, feel free to contact me at [email protected].

The Backbone of a Police Agency

Patrol has traditionally been the backbone of a police agency and it is no different in Trophy Club. Patrol officers respond to a variety of different issues and complaints ranging from minor code violations to serious criminal offenses. Patrol officers also serve as the first line of contact between residents and the Department. As such, the Patrol Division is at the forefront of our Community Policing activities.

Community Oriented Policing is defined by the U.S. Department of Justice as, “a philosophy that promotes organizational strategies, which support the systematic use of partnerships and problem-solving techniques, to proactively address the immediate conditions that give rise to public safety issues such as crime, social disorder, and fear of crime.”

In Trophy Club, Community Policing is similar to preventive medicine. Residents and police personnel work together to put emphasis on preventing the causes of crime rather than reacting to criminal activity. To do this, the police and the community share the responsibility for controlling the conditions that contribute to crime. We encourage all residents to take a role in the partnership we encourage by getting involved in one or more of the programs we offer. Get Involved.

The Criminal Investigations Division (CID) is under the guidance of a Captain who supervises:

CID works closely to solve and prosecute cases with: 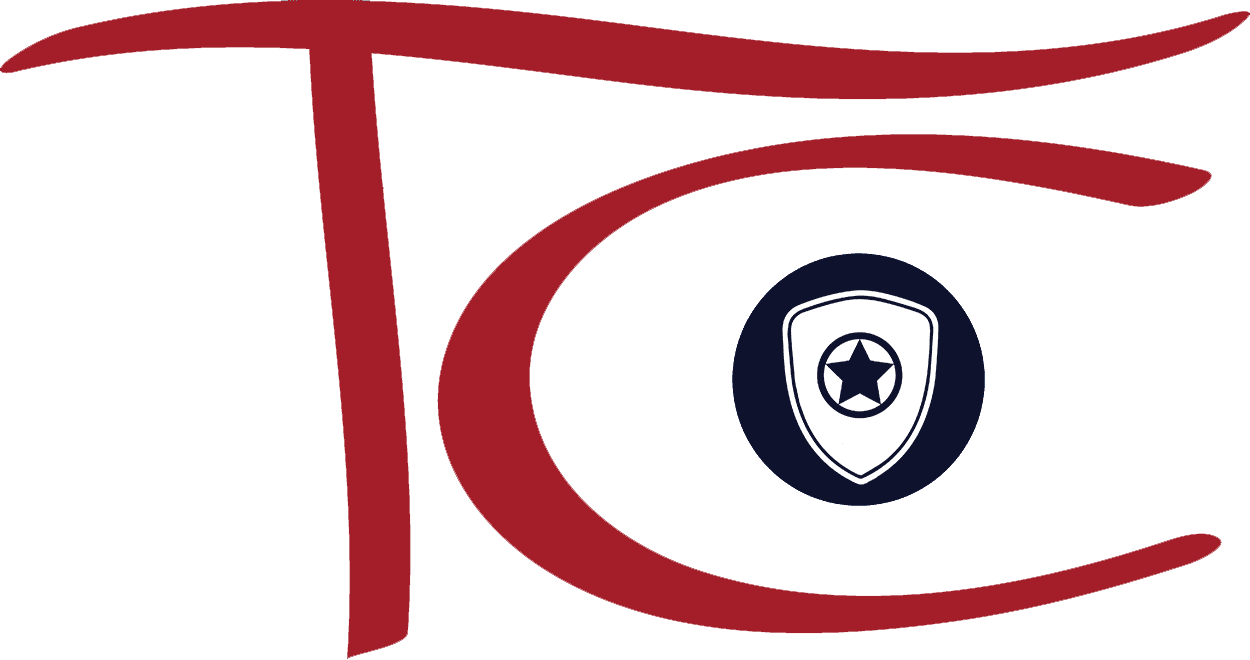 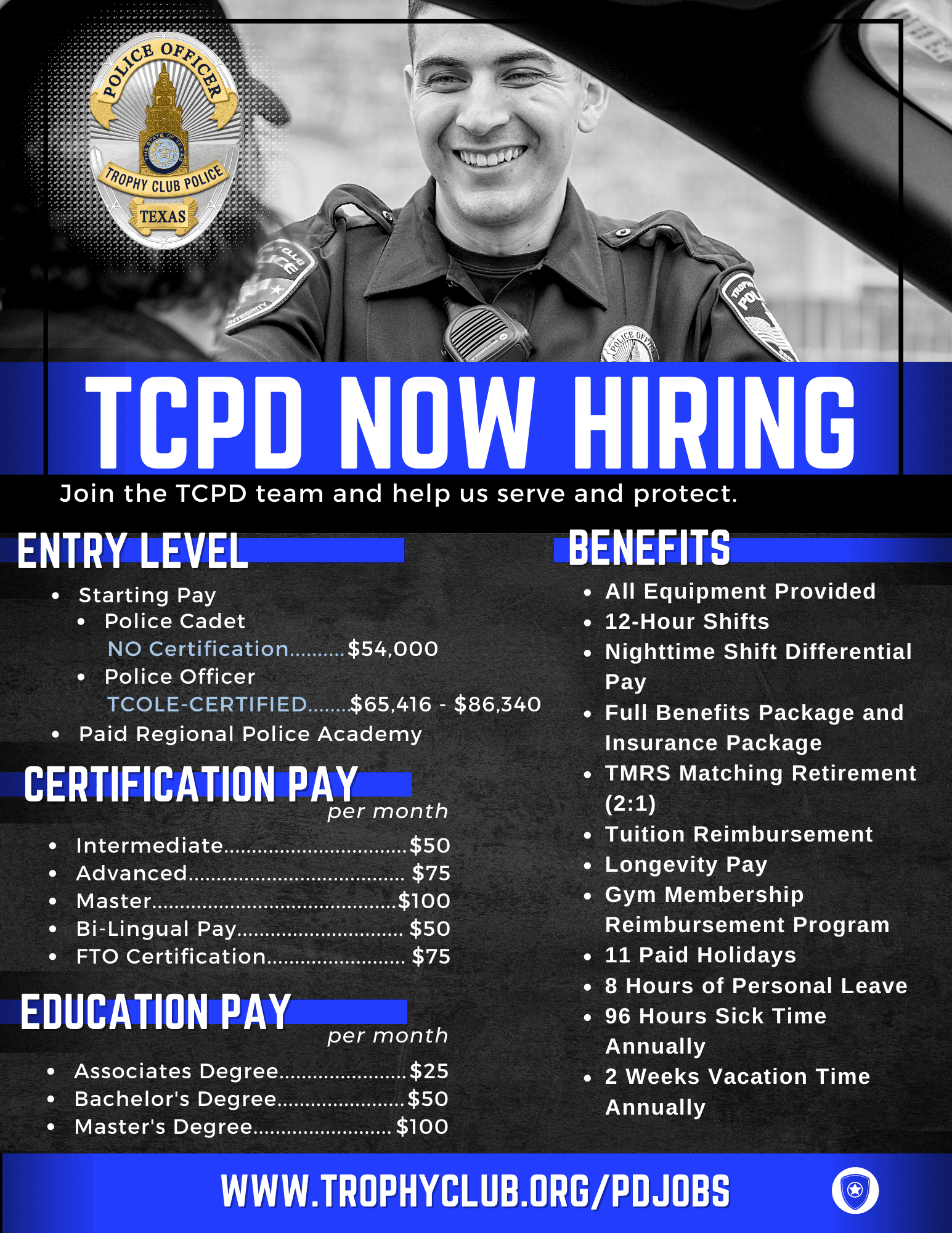